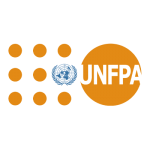 Three core areas of focus
The three core areas of our work – reproductive health, gender equality and population and development strategies – are inextricably related. Population dynamics, including growth rates, age structure, fertility and mortality, migration and more, influence every aspect of human, social and economic development. Reproductive health and women’s empowerment powerfully affect, and are affected by, population trends.
Population and development strategies
The fact that world population is edging toward 7 billion people in 2011 (up from 2.5 billion in 1950)has profound implications for development. Governments need to be able to gather adequate information about population dynamics and trends in order to create and manage sound policies and generate the political will to appropriately address both current and future needs. UNFPA supports governments in every aspect of this task, including censuses, surveys and population and development-related research and analysis. Key areas of focus include migration, ageing, climate change and urbanization. The 7 Billion Actions campaign, spearheaded by UNFPA and partners, is an attempt to engage people from all walks of life and places in the world in these issues.

Voluntary family planning
Antenatal, safe delivery and post-natal care
Prevention of abortion and management of its consequences
Treatment of reproductive tract infections
Prevention, care and treatment of sexually transmitted infections, including HIV
Information, education and counselling, as appropriate, on human sexuality and reproductive health;
Prevention of violence against women, care for survivors of violence and other actions to eliminate traditional harmful practices
Appropriate referrals for further diagnosis and management of the above.

Improving maternal health, MDG5, is a key priority for UNFPA and the goal which lags farthest behind. Key initiatives in this area include the Maternal Health Thematic Fund, the Campaign to End Fistula and numerouspartnerships. The importance of universal access to reproductive health is underscored by the fact that it was added as an MDG target by the international community in 2005.

State of World Midwifery
Adding It Up
Focus on Five: Women’s Health and the MDGs

Family Planning
Globally some 215 million women worldwide who would like to avoid or delay a pregnancy lack access to effective contraception. Fulfilling the unmet need for modern family planning in the developing world would reduce unintended pregnancies from 75 million to 22 million. UNFPA advocates for the right of all people to voluntarily decide the number and timing of their children. It supports programmes that improve access to and affordability of family planning services, offer a broad selection of choices, reflect high standards of quality of care, are sensitive to cultural conditions, provide sufficient information about their use and address women’s other reproductive health needs.

The Fund brings gender issues to wider attention, and promotes legal and policy reforms and gender-sensitive data collection. It works to end gender-based violence, including traditional practices that harm women, such as child marriage and female genital mutilation/cutting as well as pre-natal sex selection. We also raise awareness of women’s specific strengths, vulnerabilities and needs in relation to a variety of issues, such as humanitarian emergencies, climate change and migration. UNFPA recognizes the rights, perspectives and influence of men and boys, and seeks to involve them in efforts to promote gender equality and improve reproductive health.

Beijing at 15: UNFPA and Partners Charting the Way Forward
State of World Population 2005: The Promise of Equality
UNFPA’s Strategic Framework on Gender Mainstreaming and Women’s Empowerment

Phone Number:
223-2619
Mission:
UNFPA, the United Nations Population Fund, is an international development agency that promotes the right of every woman, man and child to enjoy a life of health and equal opportunity. UNFPA supports countries in using population data for policies and programmes to reduce poverty and to ensure that every pregnancy is wanted, every birth is safe, every young person is free of HIV, and every girl and woman is treated with dignity and respect.
Coverage:
International